Punishment often sounds like some abusive behavior with your children. But, it is not. A lot of people still think that punishment is only about spanking or hitting. But that is no way an option for disciplining children. 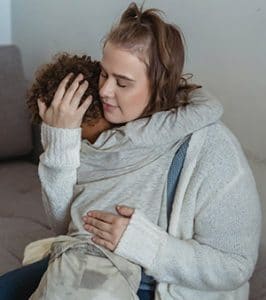 The new and upgraded meaning of punishments are the creative ways to discipline a child. And there are a whole lot of ways you can learn or invent yourself. In this article, we will be discussing ten punishments that work amazingly on kids.

So, let’s start with a few reminders then.

Click a link below to jump to the relevant section

Reminders Before Giving Your Kids Any Punishments

Be Mindful of the Purpose of a Punishment

Disciplining your toddler is like building the foundation for the rest of their lives. And punishment is a part of disciplining. We all know that.

But you should always bear in mind that the key purpose of giving punishments is to shape up good behavior and to correct their bad behavior. You don’t intend to humiliate them, neither crush their self-esteem.

So, just appreciate their good behavior even more than you punish them for the bad ones. Such positive behavior will teach them the value of good behaviors and discipline.

Take Them Through a Certain Process

Never punish without them having a clue about it. Take them through certain steps of disciplining.

For example, always tell them how they are expected to behave. Alongside, give them consequences on what happens if they don’t behave that way. Don’t threaten them about punishing at this point. Chances are high that they will explore the consequences after that.

If they still do, then remind them what you told them about the consequences. At this point you should think of some creative punishment ideas for kids and warn them about it. Now if they still continue with the same behavior, that’s it. Punish them.

Always Consider the Age of Your Child

Punishments work constructively when it is appropriate for the age of that individual child. Taking away the art supplies is not supposed to work so effectively on the teens as much it should be on the toddlers.

So, always consider the age and corresponding mental, physical and psychological status of your child before choosing a punishment.

Not Every Punishment Has the Same Outcome for All Children

Even if a punishment is appropriate for the age group your kid falls under, it might not be effective on him. Different children develop different personalities. Thus, they are expected but not bound to be responding to a punishment in a certain way.

As a parent you need research more and understand your kid’s individual self. And then you can note down five or ten punishments that work on him.

Stick With the Rules You Have Already Set

Once you have stated the consequences and punishments clearly. There is no looking back. Even if it hurts, you need to act on what you have said.

Because if you don’t stick with the rules you have set by yourselves, you are only teaching them to normalize breaking rules. Empty threats will only make them test your limit. So, it’s important to be consistent.

Not every little bad behavior of your child needs to be noted. Yes, you heard that right. Excuse occasional bad behaviors of your child. Unless your toddler’s temper tantrums get worse and you notice a pattern in their bad behavior, ignore it. Even if it’s annoying, make sure you don’t react to it.

Remember that your children sometimes seek attention. For them, negative attention is better than no attention. Ignoring is a gentle form of indirect punishment that is effective on little toddlers (1-2years).

Punishment jar is one of the most creative and effective punishments for kids. In this punishment, you observe and make a list of ten punishments that work on particularly your child. To be specific, list all the chores your baby absolutely doesn’t like to do.

Make chits of each punishment and keep it in the jar. Whenever your naughty little one does unappreciated things (but nothing of big concern), ask them to pick one chit and complete the task written on it.

3. Make Them Learn Something New as a Punishment

Suppose your kid doesn’t like to swim. But learning how to swim is also important. So, what should you do?

Be a little creative and state it clearly to your children that if they paint on the wall again, they would have to attend the swimming class. Use this opportunity for developing new skills.

4. Lock Them in Until They Stop

Sometimes toddlers throw extreme tantrums. Some kids even develop destructive behaviors like hitting their own head, biting other people, throwing their legs and so on.

In such cases, giving them any attention would not be wise. Spanking is neither an option anyways. The best way to punish your kid for such extreme behavior is just simply locking them up in an empty room until they stop. It will give them time to think and realise their mistake.

5. Give Away Their Favorite Dessert

For little misbehaves, you can simply take their favorite dessert and give it to the person they misbehaved with. And make sure you are stating the reason for doing so very clearly.

It will discourage them from repeating the same behavior. At the same time it will teach them compromising for others.

6. Practice Some Maths in the Disguise of Punishment

Most children hate solving math problems. So, be it. Give them what they hate to do as a punishment for what you hate them to do. But make sure you have said this rule out loud before dragging them to the reading table.

7. Alter Your Household Chores With Them

Next time when your child breaks a rule, alter some of your household chores with them. Make sure you don’t force them but make it a clear rule. It’s also a healthy practice to let them take little responsibilities.

Vice versa, when they do something good, free them from some of their chores and do it for them. Let them know you are not being unjust.

8. Replace the Screen With a Book

It’s obvious that you are not giving free access to TV, mobile, tabs and internet to your little kids. But you can’t deny that at some point you can’t but have to allow them some screen time.

So, when they are being uncontrollable, limit their screen time even shorter. Replacing the screen with a child-friendly-book is one of the most creative ideas for punishing your kids.

They might not like it in the beginning. But they will unknowingly build a good habit of reading books.

9. Ask Them to Draw a Picture or Write a Letter

Whenever your child goes out of control and having extreme anger issues lock him in a room with art and writing supplies.

Tell him to quietly sit for a while. And ask them to draw a picture or write a letter about how they feel once they will cool down. It will redirect your child’s bad behavior into a good one.

This way you can teach him to control his anger and express his feelings in a constructive way at the same time.

10. Let Them Face the Consequences and Learn

Sometimes, let your children face the consequences you have already warned them about. Children are naturally curious and sometimes they just won’t stop at warnings. So allow them to face it themselves when there is no big threat or harm for them.

We have shared our most innovative ideas for Ten punishments that work on toddlers. Hope, these will be helpful for the parents and parents-to-be in moulding your kid’s behavior and personality.

If you have more ideas and creative ways to punish your child, share it with us in the comments. We always appreciate your response.

Powered by smilyparents.com
As an Amazon Associate I earn from qualifying purchases.
0shares